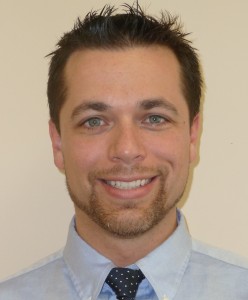 College in 1999 for study towards his undergraduate degree.  Dr. McDonnell then finished his pre-requisite work for chiropractic college at the University of Wisconsin Madison in 2001.

Dr. McDonnell graduated with a Doctorate of Chiropractic degree in 2006 from Northwestern Health Sciences University in Minnesota.  During his last year of school, he interned under a chiropractic neurologist that sparked his interest in the human brain, and especially in childhood developmental disabilities.  Dr. McDonnell attended the world renowned Carrick Institute for post graduate studies to further his education in this specialty field.

After graduation, Dr. McDonnell worked at two chiropractic clinics as an associate doctor in the Twin Cities.  Dr. McDonnell also worked as an independent doctor treating children with Autism and ADHD, leveraging his background in functional neurology.

In June of 2010, Dr. McDonnell moved to Steubenville, OH where he worked as an associate for another chiropractor.  Dr. McDonnell co-founded McDonnell Chiropractic in 2011.

Dr. McDonnell and his wife, Amy reside in Steubenville with their 5 energetic and beautiful children. Dr. Greg is passionate about staying active, spending time with his family, chiropractic, and expanding the role of chiropractic medicine in the community. 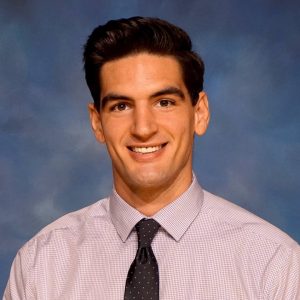 Dr. Herrmann is originally from Steubenville, Ohio. He attended Catholic Central High and graduated in 2009. While recovering from sports injuries in high school he began to see the benefits of chiropractic care and entertained the idea of becoming a doctor of chiropractic one day.

Dr. Herrmann attended Franciscan University and graduated in the fall of 2014 with his Bachelor of Science in Biology. During his time at Franciscan he visited with various chiropractors in the local area and became acquainted with Dr. Greg McDonnell at McDonnell Chiropractic.

Dr. Herrmann moved back to Steubenville after graduating and has begun working as an associate doctor at McDonnell Chiropractic. He is excited to serve the people of Steubenville with quality and effective chiropractic care.

Dr. Herrmann and his wife, Shannon, have 2 beautiful little boys and reside in Steubenville, Ohio.

The page you requested could not be found. Try refining your search, or use the navigation above to locate the post.